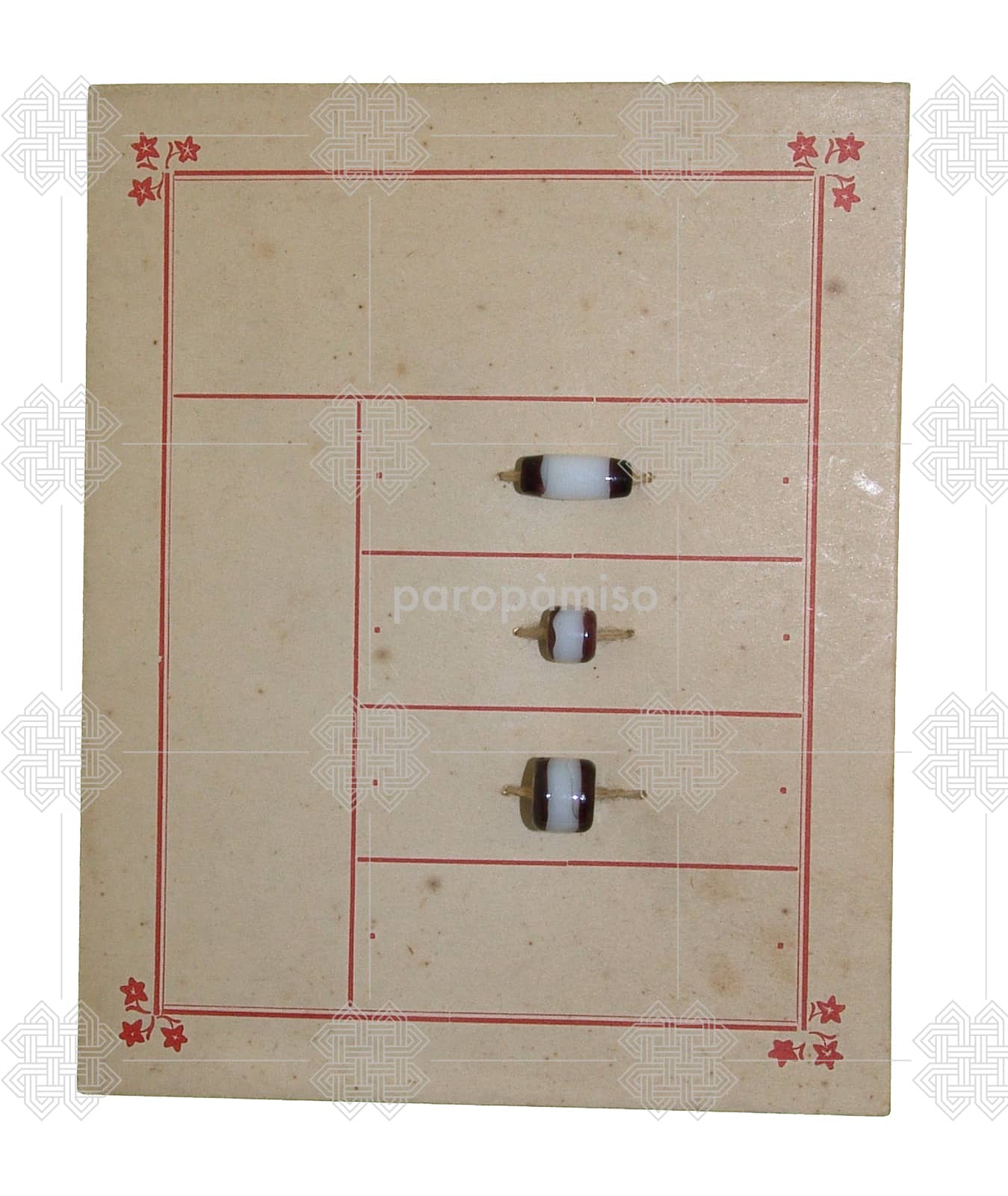 Sample Card of the Società Veneziana per l’Industria delle Conterie

Really excellent the quality of the beads, almost surely addressed to middle eastern market, where can be found even today, and called “glass suleimani” because they copy the striped agate stone beads called “Suleimani or Bhaiṣajyaguru Bead”.

The “Società Veneziana per l’Industria delle Conterie” born in 1898 grouping the 17 most important producers of “conterie” (and other kinds of beads), to avoid a dangerous prices competition. In that number there was also included Pietro Bigaglia, which developed, at the middle of 1800, the art of the murrina making together with Franchini, father and son.
The “Società Veneziana per l’Industria delle Conterie” represented until the end of the 1970’s the biggest glass industry of Murano. In 1902 the factory employed more than 1000 workers! (the inhabitants of the island, at that time,
were around 5500)
We can date with a reasonable approximation the card around 1939, because the ornament that frames the card: those cards was printed by a venetian printing house and sold to the Società Veneziana etc. by a stationery wholesaler that was still active in Venice until not so many years ago. We could see their catalogues before their closing.