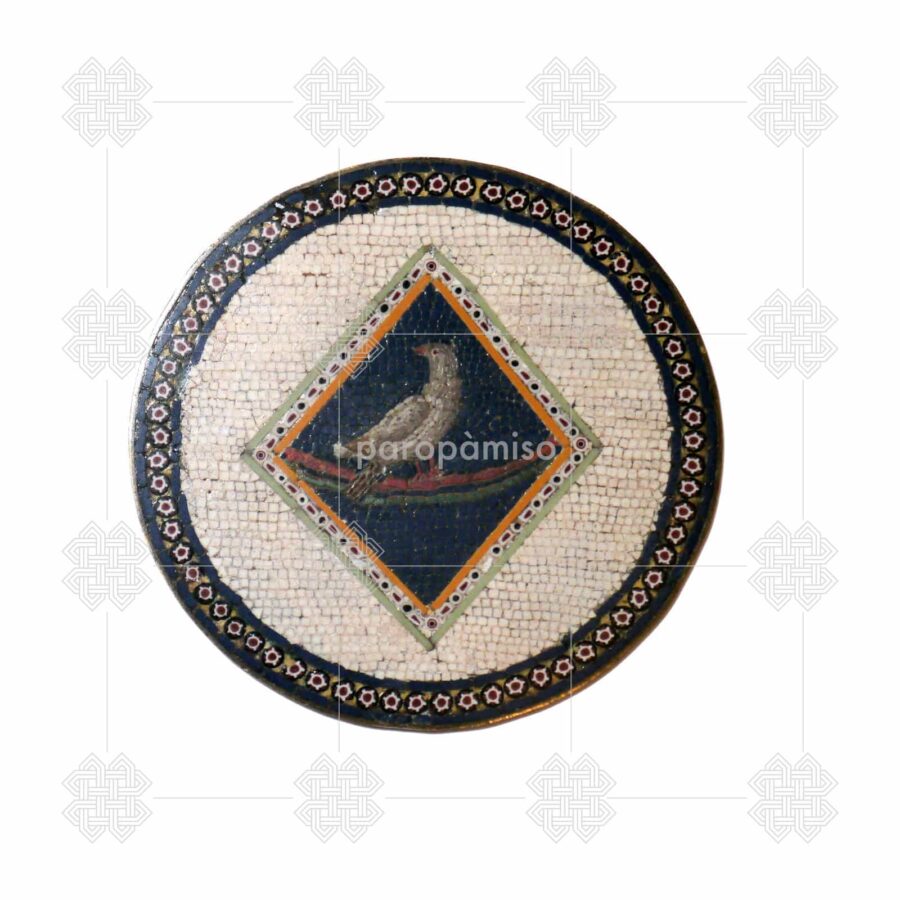 A very beautiful and old roman micro mosaic, depicting a dove,  a subject quite common in the earlier micro mosaics because they were inspired (copied) to the antique roman mosaics. Maybe the most famous is the mosaic of Villa Adriana (preserved in the Musei Capitolini) depicting doves drinking in a bowl.

Otherwise the earliest micro mosaics are realized using a metal holder (bronze or brass) instead of stone (or glass) ones.