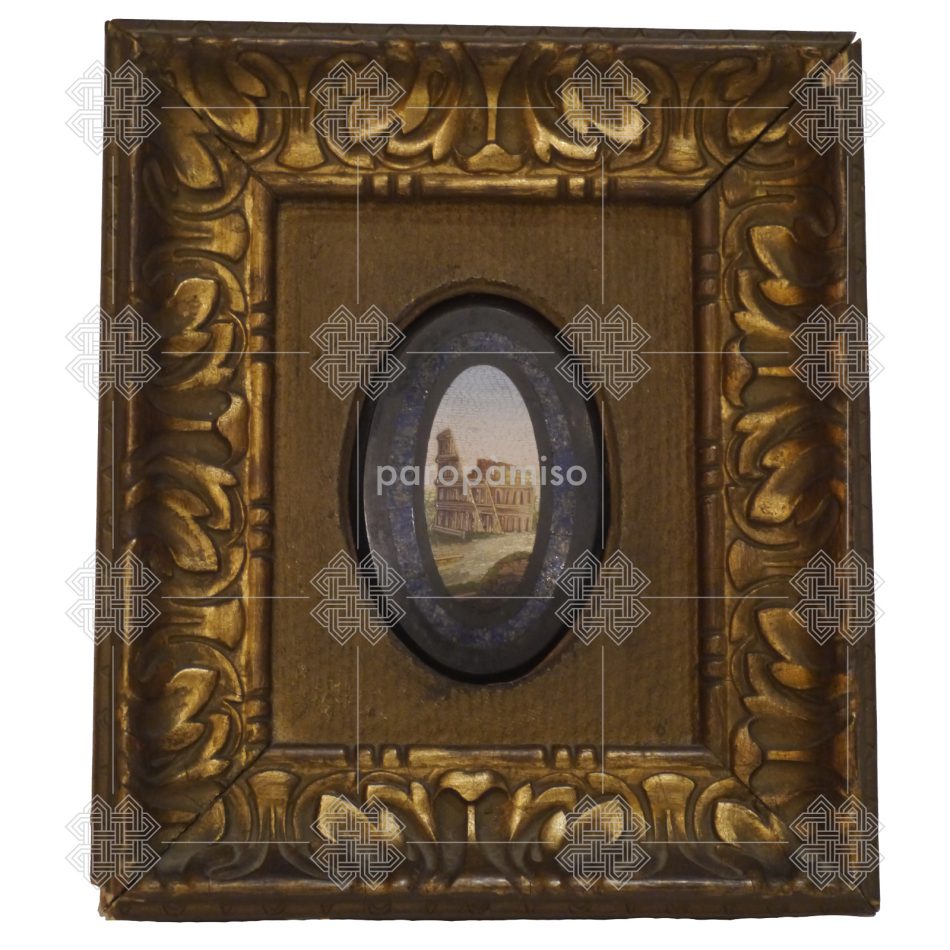 Fine quality, it has its original frame, with a light brown passepartout.
The oval stone containing the micro mosaic is embroidered with a sort of “commesso” made using lapis lazuli.
On the back there is a label indicating the factory (Reverenda fabbrica di S. Pietro in Vaticano – Studio del Musaico), and the name of the artist who made it: Lorenzo Cassio, who became also the director of the factory. The Cassio are still operating in micro mosaics production.
Size of the mosaic:
Size (including frame):