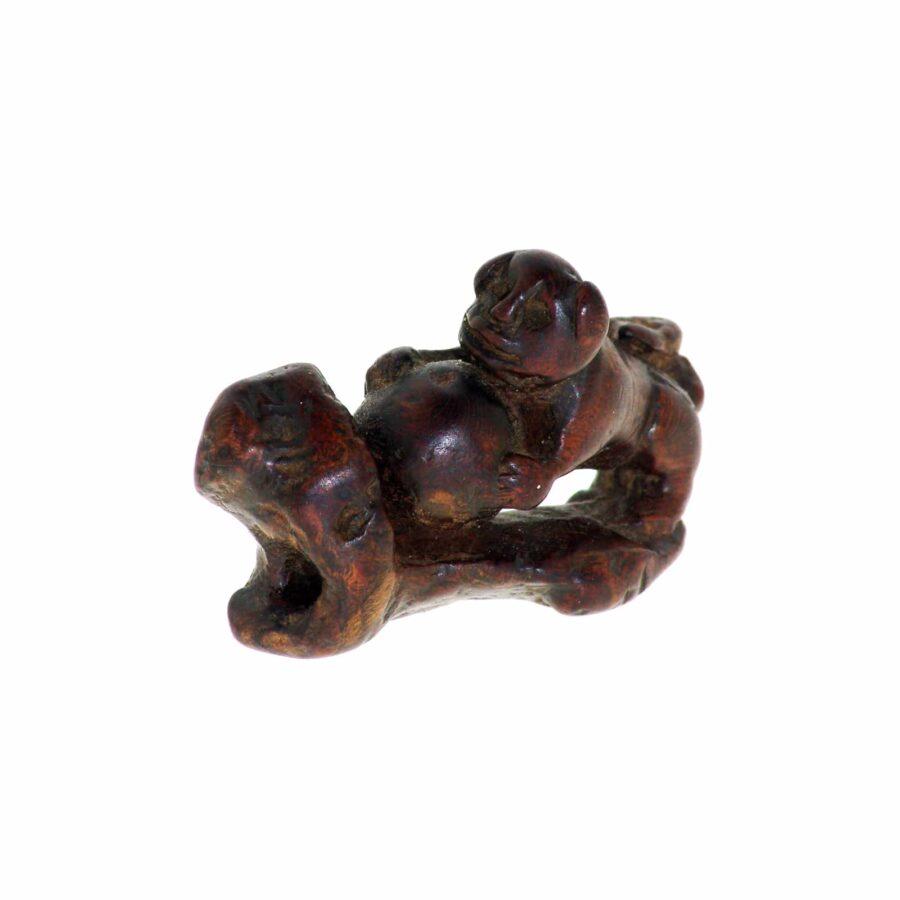 A curious and ancient Guajian, the forefather of the well-known japanese Netzuke. Guajian date as far back as the Tang Dynasty (618ce – 907ce). Most of times they were made using very poor materials, like roots or fruit stone, sometimes engraved, but not necessarily. They were also amulets, bringing the bearer good fortune, longevity, fertility, happiness and health. In China they are known also as “chui-tzu”, that also means counterweight  worn at the belt. Unlike netzuke, they are not very well known in western world, and there are very few collectors. Prices are still much lower than their Japanese counterpart, but are anyway going up, due to  Chinese interest. The only known western book about them is “Traditional toggles: Counterweights and Charms.” by Margaret Duda, Edition Didier Millet, 2011.

This one depicts a puppy playing with a ball, encarved wood, has a delightful patina and no defects. Qing Dynasty.
Size:
41mm. x 30mm. x 13mm.